It’s a different looking Australian team heading to Birmingham to defend their 2018 gold, with Rebecca Van Asch being joined by Lynsey Clarke and Natasha Van Eldik at Leamington Spa. Scotland will look to go better than their silver on the Gold Coast.

Australia will be seeking retribution in the mens triples, after being shocked by Scotland in the final four years ago. Aron Sherriff and Nathan Rice have dropped out of the Australian squad, with Carl Healey and Ben Twist to accompany Barrie Lester at the Games. Healey comes into the games in good form, having recently won the Australian Open fours title.

Darren Burnett remains in the Scottish triples squad, joined by Stewart Anderson and Iain McLean – their pool match with the Ali Forsyth led New Zealand team is perhaps the pick of the sectionals. 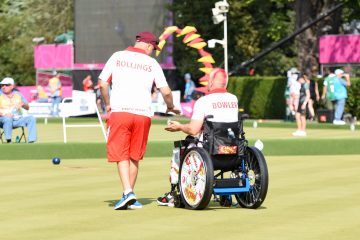 What a start to the Commonwealth Games – the pool stages are interestingly poised heading into day two, with some surprise results putting early pressure on some favourites. Singles The first two rounds of the Read more… 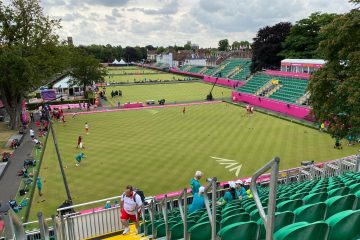